The launch has achieved three consecutive successful launches of the Ceres-1 commercial rocket.Galactic Energy Space has maintained a 100% success rate, creating a new record for the development of private rockets in China. At the same time, the success of this launch also marks the beginning of "Ceres-1" from success to maturity, taking the lead in a new stage of large-scale commercial launch and delivery of private rocket models.

"Every step forward of Galactic Energy Aerospace cannot be separated from the company's clear and correct strategic goals and a professional and stable team. In terms of strategic objectives, the company has been focused on the low-orbit micro satellite launch market and distributed the medium and large reusable liquid oxygen / kerosene carrier rocket and light solid carrier rocket most needed in the market. In terms of professional and stable team,Galactic Energy is the most stable team, comprehensive professional coverage and solid style team of all rocket companies, which has become the biggest advantage in providing flexible mass launch service. In the future, the company will continue to strengthen team building and technological innovation, and boost China's commercial space industry to enter a new era of normalization and large-scale launch."Said Liu Baiqi, CEO of Galactic Energy Aerospace.

As a pioneer and practitioner of social welfare in the field of commercial space,Galactic Energy Space is constantly making scientific and technological innovation while actively injecting love and temperature into social welfare. This time,Galactic Energy Aerospace, together with China Social Welfare Foundation Autism Children Relief Fund and Alibaba Public Welfare, actively called on the society to pay attention to the "Star Benefit Color" project, care for the growth of autistic children, and give them enough love. The existence of every life deserves a good hope and a brilliant future. In the name of love, do for love, in the future,Galactic Energy Aerospace will continue to be down-to-earth, with practical actions to fulfill the corporate social responsibility, transfer the power of love. The universe is vast, and love is not lonely. 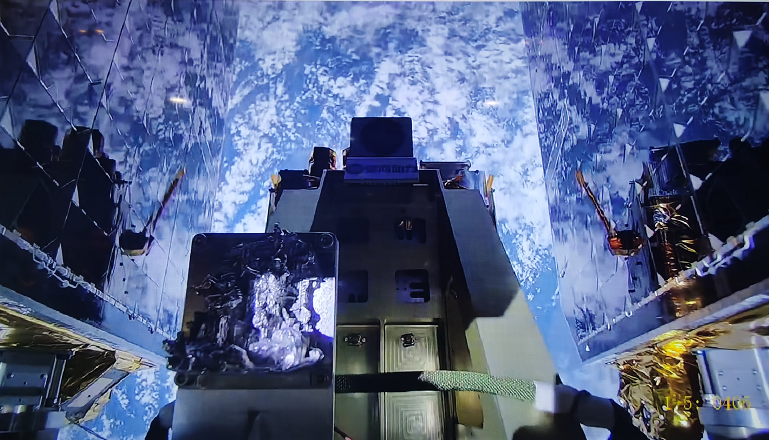 Thanks to the State Administration of Science, Technology and Industry for National Defense, the Beijing Municipal Government and other organs and departments for their guidance and help to Galactic Energy Aerospace. Thanks to the trust and support of satellite customers such as Micro Na Star and Shanghai Eis.

Finally, I would like to thank every employee of Star River Power Aerospace for their efforts and hard work, and thank every employee's family members for their silent support and tolerance behind them! Thank you to all the friends who pay attention to space exploration and support the development of China's commercial space industry.

With the advent of the big space era, commercial space is gradually becoming a space economy unprecedented prosperity and development of momentum, the Galactic Energy space as a leader in this field, will always face the market constantly improve enterprise core competitiveness, help the motherland space industry development, make space resources further into people's real life.